Halloween with a vengeance..... 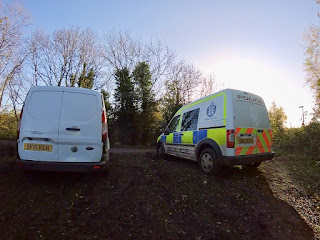 It's maybe not exactly Halloween yet for a day or two but as we got to the viaduct over the gorge this morning we found our way blocked by police in what they described as an "incident", apparently someone for whatever reason had jumped off the viaduct overnight and as there's about 200 feet of a drop and no parachute or wings were to be seen things could only turn out one way.
We took a detour and left the police to clean up the mess... 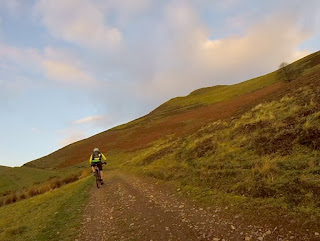 This is the long hard climb up by the side of Eastside Farm, though the temperature was just above freezing the climb meant you never felt cold. 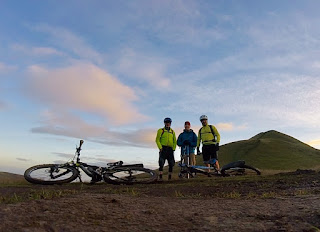 A hill walker who chatted to us in a friendly manner? Whatever next? We met this guy at the top of the climb and spent a few minutes chatting about this and that before we went our separate ways, quite a difference from many of our meetings with the walking fraternity who seem to be under the impression that the hills belong to them alone. 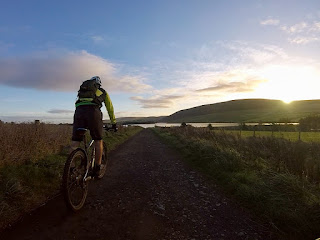 Back along by the side of Threipmuir Reservoir and the sun was just peeping over Black Hill. 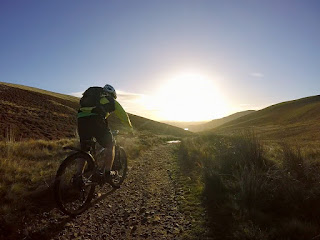 The final Pentland descent of the morning down Maidens Cleugh and the strong winds of yesterday have done an amazing job of drying the tracks up, 27 miles in total this morning in cracking weather even if it did have rather a gory start!

More a storm in a teacup than real storms! 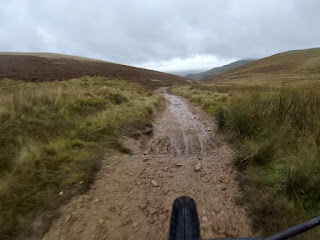 This is the track in May that I remember describing as "being as dry as I can remember", now it's like a bowl of soggy porridge. 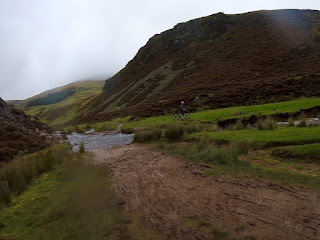 I'd cycled through the water crossing and tried my best to encourage another biker to do the same but he chickened out at first till he discovered that it was less risky to bike through it than to try and cross any other way! He did make it but lacked conviction and put a foot down!! 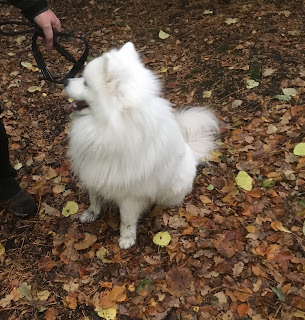 I was chased by this cheeky bugger through the week and had to stop to reunite him with his owner, while we waited he started chewing my back mudguard! 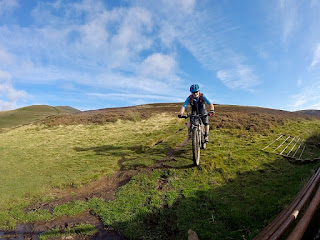 Midweek and between mini storms the sun came out! 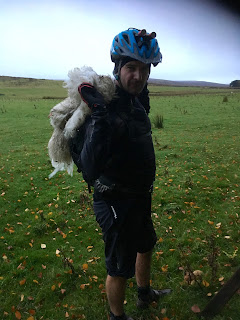 A bit of nonsense this morning with a discarded bit of sheep fleece! 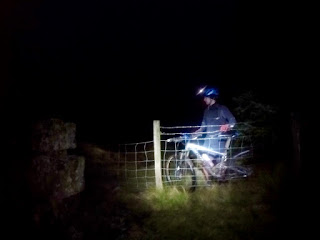 This was 1.5 hours into the ride this morning , it was still pitch dark which made riding on narrow greasy rutty trails quite difficult! 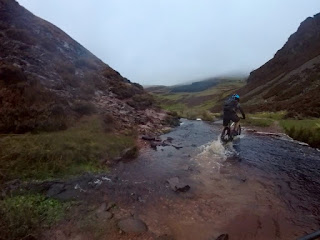 That notorious water crossing again, at least it was daylight by the time we reached it and if you pick the correct line it's "nae bother"!

Nearly home and riding into what should be the sunrise, only it didn't appear till mid forenoon this morning.
A week in which we were promised two storms, one by the grand name of Ophelia and the second one by the ridiculous name of Storm Brian, both of them turned out to be damp squibs in our neck of the woods, I've seen more turmoil in my bathwater.... 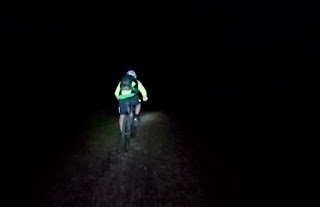 An early start means lights are needed for the first hour 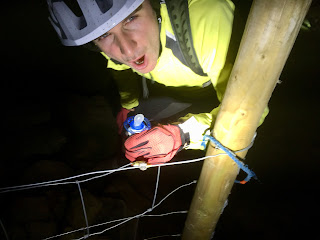 A baby’s dummy teat provides some light (get the pun?) relief 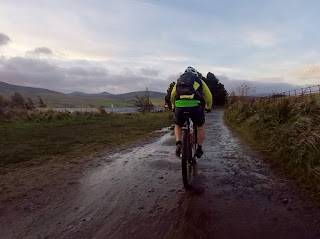 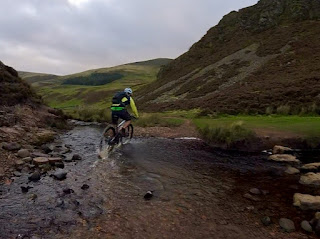 Off before 6am on Sunday morning for a Pentland cycle with a wind that just got stronger the higher we went, at least it had the decency to blow from behind when we turned for home. 26 miles covered and over 2.500 feet of climbing meant it was a reasonable way to spend an early Sunday morning!