Hard frost one day.....mucky trails the next 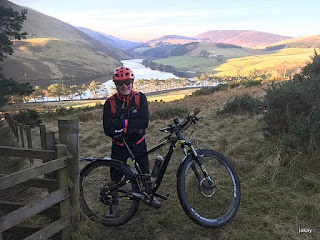 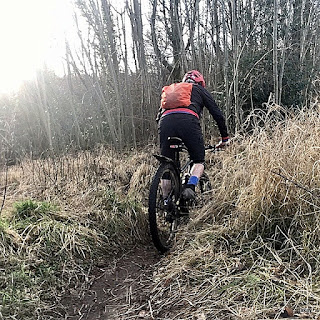 Tuesday and out on my own with the iphone timer getting used after some difficulty! 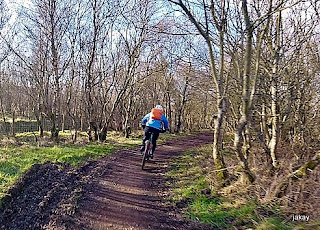 Friday and out  with Kathy again and its hard frost again after crappy mud the day before! 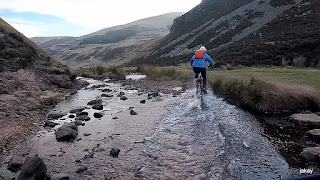 The river's running really low just now due to very low rainfall and snow so the crossing's a piece of cake! 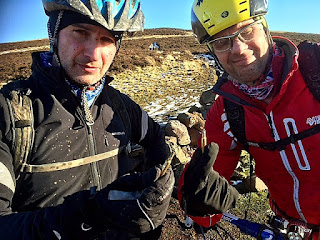 Sunday afternoon and we find two spent (we hope) bullets presumably left after some army manoeuvre, we didn't bother keeping them just in case! 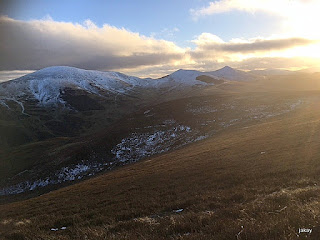 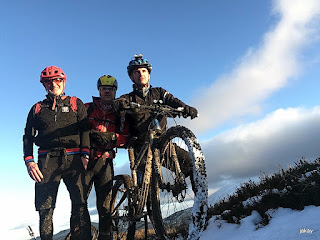 The three amigos having a photo break or as Baz puts it "a rest!" Probably the truth!

A good weeks riding in cold conditions every day but at least it's been mainly dry with only the occasional wind higher up in the hills, some snow added to the beauty but not enough to make riding too hard.

Up Black Hill in darkness and snow......not much snow addmittedly! 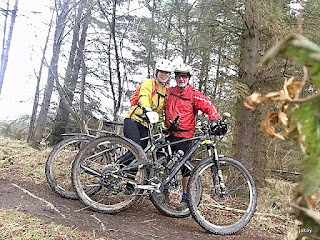 Strange weather for Central Scotland just now, instead of the usual gale force winds accompanied by rain or snow we're having virtually no wind, very slight frosts but cold none the less. 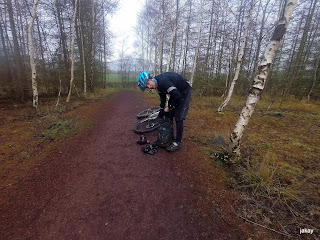 This was Baz this morning nearing the end of a 25 miler when his hands were so cold he had to change gloves (wimp!).I have to admit I'd probably have changed mine if I'd had a spare pair! 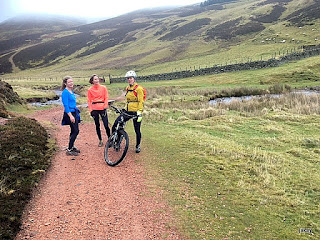 Monday, and out with Kathy who appears to know every runner we meet up the Pentlands, either that or she fancies a breather and a blether! 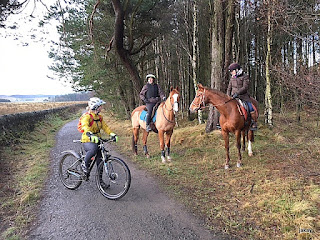 The two riders of the Apocalypse who we meet quite often on a Monday morning up the Pentland hills, when I'm too old for my bike it's either an e-bike or a horse for me, though I don't know what would be the more expensive!

Baz and I took on Black Hill in the darkness this morning and there was a slight covering of snow as we got higher. It was -2.5C along the summit though the frost helped rather than hindered us. The descent down the notorious "back passage" was pretty hairy with the darkness and frozen ground and a few descriptive words were heard at times, mainly from me, however we got to the bottom unscathed and surprisingly when we reached home I discovered my weekly total was 100 miles exactly!

The promised snow storm proved to be a disappointment, at least it was round our way! 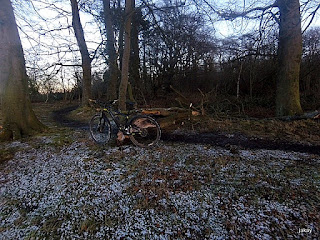 This was about as snowy as it got beside us this weekend, I had visions of multiple snow photos and videos with the new Gopro, but "the best laid plans ect" as Robert Burns wrote a few hundred years ago! 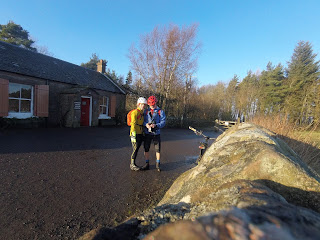 This was Monday and don't be fooled by the blue sky....it chucked down freezing rain not long after this! 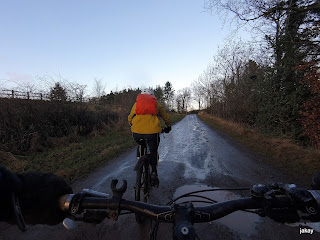 The road to the Pentlands and Kathy leads the way. 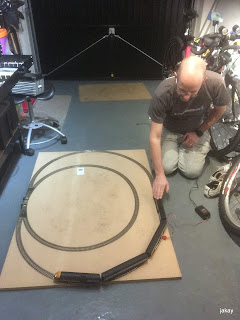 The weather was so wet and windy that Clive was reduced to building his re-found model railway in his garage, by the look of that track there's only so long you can watch a small train go round and round on it..... 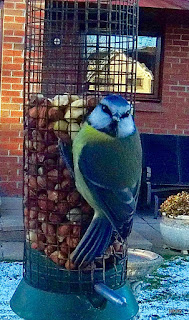 The Gopro I've discovered is excellent for photographing the birds that come to my peanut feeder, this blue tit looks slightly annoyed at being disturbed mid feed.

A wild and windy week up until Wednesday after which it calmed down a bit, I'd hoped the frost would continue through till our Sunday morning ride for some good photos and clean clothes as well but it rained overnight and we were back to muck and mire again though there were some cunningly concealed icy bits higher up in the hills. 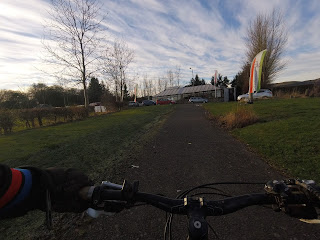 Equipped with my new Gopro camera I set off on Tuesday to try it out and discover if the voice recognition it boasted on having could recognise a Central Scotland accent! Surprisingly it can though it remains to be seen if it will react to some rougher language when I come to grief now and again. 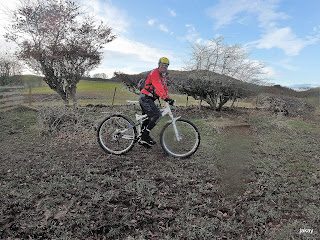 Clive was there as well and posed for an obligatory picture. 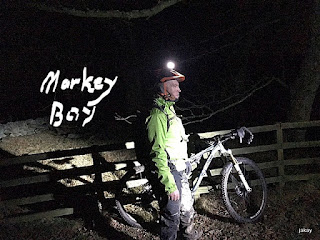 Wednesday night and Marks last ride for some time, he's off to pursue his dream of becoming a microlight flying instructor, good luck to him and here's hoping he's ready for a tough Pentlands ride when he returns!
A start of another year and there'll be no targets set this year as last year the target kept getting extended until it actually became unenjoyable going out merely to get mileage rather than having fun!